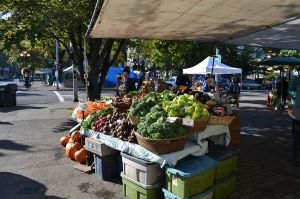 One of the reasons I don’t espouse blanket opposition to GMOs (genetically modified organisms) is because I support research, and new technologies. The day may come when we need these technologies to produce enough food for everyone. At present, however, we face many problems across the food system, and those problems often point out the inefficiency of the system. Resources are simply being wasted.

In Kentucky, former tobacco farmers are relearning their trade, and seeking crops that grow well in the same alkaline soil that tobacco did. Many in Kentucky believe that crop is hemp. The new academic year is the second for industrial hemp research at the University of Kentucky.

In the second year, UK agronomists David Williams and Rich Mundell plan to begin work on hemp varieties that produce grain, as well as fiber. They also want to find out which practices are best for producing cannibinoids, compounds that can be used as dietary supplements to enhance health and wellness.

“Our work has expanded greatly this year to include all three harvestable components of hemp,” Williams told Katie Pratt, writing for UK’s website. “We are hoping to optimize grower profitability through these small plot studies.”

Graduate student Leah Black will also be working on the project. She is the first graduate student dedicated only to hemp research in recent times. She will be working on cannibinoid production. In any case, if former tobacco farms can be at their most productive, we’ll have better efficiency in the use of these lands.

Looking farther down the production line, food safety is a hot-button issue. No one wants a serving of E. coli with their lettuce.

The University of California at Berkeley recently concluded a study on whether the removal of surrounding wild vegetation, a practice which was implemented after an E. coli outbreak in 2006, has done anything to diminish the problem. Indications are it did not. Results were reported August 10, in the journal Proceedings of the National Academy of Sciences.

“Wildlife took much of the blame for that outbreak, even though rates of E. coli in wildlife are generally very low,” said study lead author Daniel Karp. He was quoted on a Cal website dedicated to agriculture and natural resources. “Now, growers are pressured by buyers to implement practices meant to discourage wildlife from approaching fields of produce. This includes clearing bushes, plants and trees that might serve as habitat or food sources for wild animals. Our study found that this practice has not led to the reductions in E. coli and Salmonella that people were hoping for.”

Conversely, natural areas have been known for years to mitigate the impacts of agriculture by filtering pesticide and fertilizer runoff. Recently, decline of pollinating insect populations has put a spotlight on the preservaton of these natural areas as well.

Common field-bordering weeds like milkweed, ragweed, and goldenrod have caused both farmers and allergy sufferers to raise their eyes to the heavens for relief for many years. Though we may not think of these things as “wildflowers”, these plants can be important to pollinators, especially honeybees important to crops. In the case of milkweed, it is the sole food source for Monarch butterfly larvae.

This is also where GMO research goes horribly wrong, into Roundup Ready crops that allow farmers to wipe out weeds everywhere, and in their entirety. If this practice is deemed unnecessary, expense, labor, and the overall environment can be saved.

At the end of the chain are those who consume the food. Even though I wasn’t paying attention during Grassland Management senior year at Rutgers, and I only passed that course because I was able to borrow notes from a friend, it was only common sense that you could grow the most nutritious feed ever for your livestock, but it would do you no good if they wouldn’t eat it. We called the stuff the cows liked “palatable”. When discussing humans, “palatable” may mean a little bit more.

A sociologist and a business professor, not scientists, at the University of Iowa, found that those who support the local farmers market do so in part to support the greater good. University of Iowa professor Ion Vasi was a corresponding author of the study, released Aug. 22 at the American Sociology Association Annual meeting. Following is a quotation from the webpage Iowa Now.

“Vasi says the local food market is what sociologists call a ‘moralized market’, a market in which people combine economic activities with their social values. Among their findings, the UI researchers discovered local food markets were more likely to develop in areas where residents had a strong commitment to civic participation, health, and the environment.

Understanding the desires of the end user is a simple marketing principle that also makes human efforts to provide food more efficient. 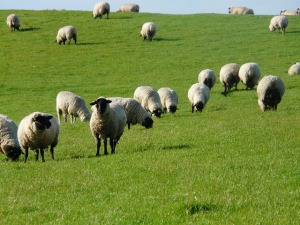 What goes around comes around. An expression that usually is used by those who would seeek revenge, but, in this case, perhaps, can be hopeful and positive. In this case, it seems as if certain players in mainstream agriculture are beginning to get messages that those outside have been advocating since I first became aware of them, as an agricultural student.

The Rev. John W. Wright introduced me to the writing of Kentucky native Wendell Berry during those years, and Berry’s philosophy of simple stewardship and usefulness. Berry believed that farm animals should be raised, along with crops and pasture, in a system that preserved the health of the soil, and protected farmers from loss due to low crop prices. It didn’t hurt that he saw generations of farmer live, and nearly die, with tobacco. His father organized farmers against low prices offered by tobacco magnates like James Buchanan Duke, who had efectively established a monopoly over those farmers. Later, tobacco failed with falling demand. However, Berry was simply advocating a type of farming that his grandfather’s generation could have easily recognized.

Recently, news coming from Washington State University detailed research being conducted in the Palouse region of eastern Washington, where the Zakarison family has been raising sheep alongside their wheat, and peas and alfalfa as well. “This year the dockworker slowdown brought the (alfalfa) hay export industry to its knees, and hay prices plummeted,” Eric Zakarison told Sylvia Kantor, writing for WSU. “It turned out to be a better year for lambs than alfalfa.” Grain prices can be volatile as well, and direct payments were eliminated with the most recent Farm Bill, so the added income security is welcome.

Jonathan Wachter, a doctoral student at WSU, is working with Zakarison to demonstrate how intergrated livestock farming can contribute to sustainablilty goals, like preserving and adding soil nutrients, adding biodiversity, and reducing greenhouse gases. Research dollars usually go to industrial agriculture, so this is news in a man-bites-dog sort of way.

The U.S. Farmers and Ranchers Alliance, another mainstream agriculture group, recently held a panel discussion where participants were told by Bruce Feinberg, global animal health and welfare officer with McDonald’s, “that social media has allowed consumers to reach out and self-educate around agricultural issues, and companies must understand the relevance to consumers,” according to the Agwired agricultural news service. Once again, this message comes from what might be considered an unexpected source.

Others who spoke included Dr. Marcia Endres, D.V.M., Ph.D., professor of dairy science at the University of Minnesota, who said “When humans domesticated animals, they entered into a contract to provide food, water, shelter and protection – to provide them a good life.”

Robin R. Ganzert, Ph.D., president and CEO of the American Humane Association expanded on what a “good life” means and explained that humans’ contract with animals provides five essential freedoms: freedom from pain and suffering; freedom from fear; freedom from discomfort; freedom from hunger and thirst; and the ability for animals to express their natural behaviors.

“Now consumers simply demand that our contracts with animals must include humanely-raised,” said Dr. Ganzert. “It’s a core value so many of us share and now what I love to see is consumers moving together and actually becoming that voice for the animal. And what they are also looking for in humanely-raised is to make sure the humanely-raised definition of better treatment of animals is transparent.”